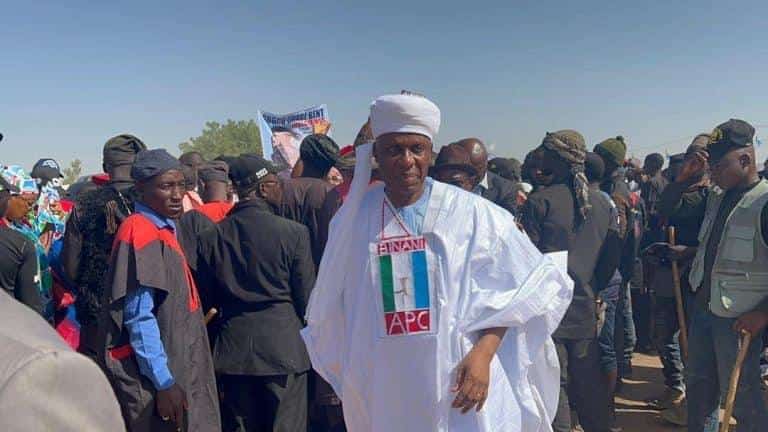 Yola, the capital of Adamawa State was agog for the All Progressives Congress (APC) presidential campaign rally in the state on Tuesday, as the former Minister of Transportation, Rotimi Amaechi, arrived the scheme with clad in northern turban outfits.

RegentAfrica Times reports that the former Minister was spotted among other party chieftains who stormed the northern state on Monday to support the APC presidential candidate, Bola

The former Rivers State Governor was spotted in white agbada attire complete with a white turban on his head and the name of the APC gubernatorial candidate in Adamawa, Aisha Binani displayed across the chest of his attire in what appears to be a solidarity statement.

Since losing out on the party’s presidential ticket, Amaechi has been relatively silent on the political scene even in his home state of Rivers.

There were speculations that the former Governor may not work for Tinubu in his bid to take over from President Muhammadu Buhari however, he was spotted on Monday at the Adamawa presidential rally of the APC. 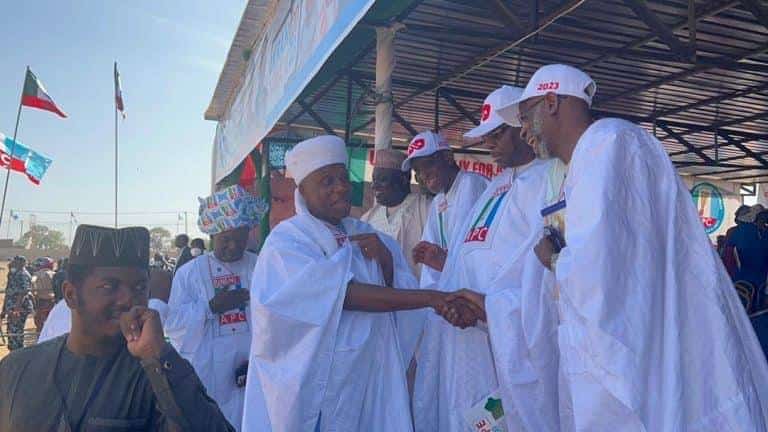 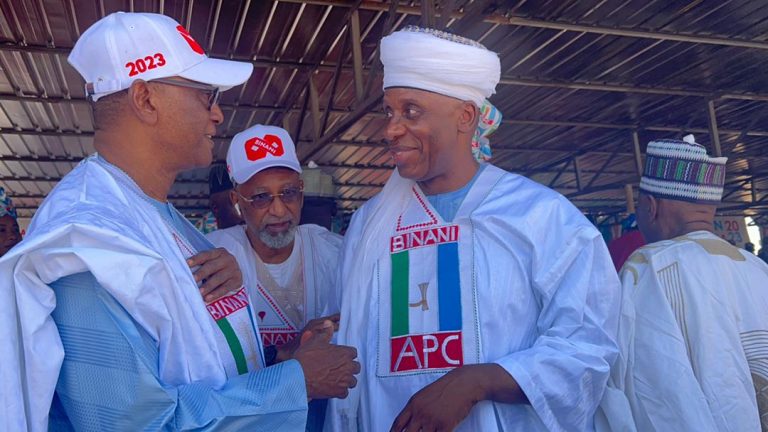 “Harassed in Germany for Not Supporting IPOB and Detained in Nigeria as IPOB Member , Who is After My Life?” – Ikechukwu Cries Out