The Republic of China through its embassy in Nigeria has revealed that China will actively implement the G20 Debt Service Suspension Initiative to help African countries lessen their debt burdens.

China reiterated this position through the official twitter handle of the Embassy of the People’s Republic of China in the Federal Republic of Nigeria on Wednesday, quoting the Foreign Ministry Spokesperson Zhao Lijian.

“We hope that developed countries and major international financial institutions will lead by upping their assistance to Africa’s efforts against COVID-19 and taking bigger steps in alleviating the debt burdens of African countries.” The twit reads. 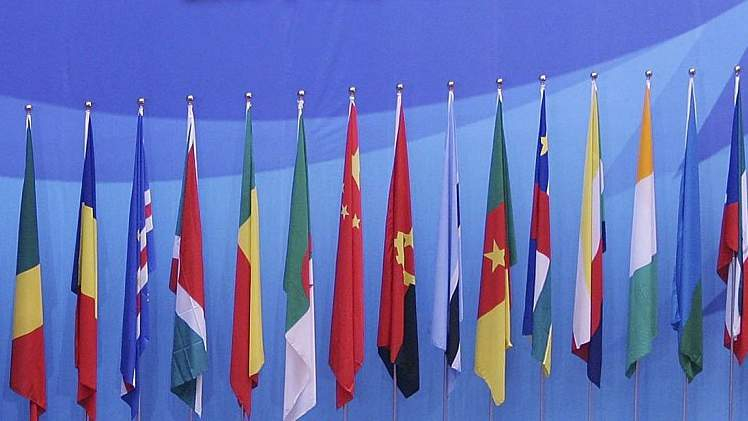 It noted that China is working with other G20 members to implement the debt service suspension initiative to ease Africa’s debt burden and it mulls further bilateral support for African countries to fight against COVID-19, Chinese State Councilor and Foreign Minister Wang Yi said on Sunday.

Wang made the statement when answering questions from Chinese and foreign media outlets about the country’s foreign policy and external relations at a presser on the sidelines of the third Session of the 13th National Peoples Congress (NPC), the country’s annual legislative session.

“China and Africa are good brothers who have shared weal and woe together. Our people, having fought shoulder to shoulder for national liberation, are partners for common development. A few years back, we were together fighting Ebola. In the battle against COVID-19, China and Africa have again stood by each other,” Wang said.

China has sent medical expert teams to Africa’s five sub-regions and their neighboring countries and has conducted nearly 400 training sessions in Africa for around 20,000 local medical workers as part of sharing anti-epidemic experience, Wang said.

“We will continue to help Africa fight the pandemic, channel anti-epidemic materials as much as possible to developing countries in Africa and consider sending a new group of medical experts to the region,” he said.

“We will also continue to implement the healthcare initiative put forward at the 2018 Beijing Summit of the Forum on China-Africa Cooperation, with a focus on spurring the construction of African Center for Disease Control and Prevention and upgrading public health service capability,” according to the senior official.

Wang added that with help from China and the rest of the world, the youthful continent of Africa will achieve greater and faster development after defeating COVID-19.

The idea that China will not be prepared to negotiate African debt, offer some reprieve or other forms of support is completely misleading, and, not surprisingly, this coverage deliberately ignores developments where this has happened.

In 2018, Chinese President Xi Jinping personally pledged the cancellation of some debt to African nations. The Johns Hopkins Institute reported that China canceled 78.4 million U.S. dollars of debt owed by the African nation of Cameroon and the Democratic Republic of the Congo was also a recent recipient.

As reported by Deutsche Welle, “Beijing regularly pardons a certain amount of debt at the triannual China-Africa Cooperation Forum, introduced in 2000.” A report by Forbes also noted, “Over 20 African nations on the receiving end of Chinese government loan have seen their loans forgiven, with about six of them getting free cash twice”, and Sudan and Zimbabwe receiving debt relief on more than one occasion.

China’s trade with Africa edged up 2.2 percent in 2019 to 208 billion U.S. dollars, remaining Africa’s largest trading partner for 11 years in a row, according to official figures from China’s General Administration of Customs.

As of January this year, the stock of Chinese investment in Africa has reached to the tune of 110 billion U.S. dollars and some 3,700 Chinese enterprises have engaged in and set up businesses in Africa, injecting a strong impetus to the region’s continued economic development.

The Nexus of a Restructured Nigeria, and the Guarantee of the Dignity and Welfarism of the Nigerian Youth.