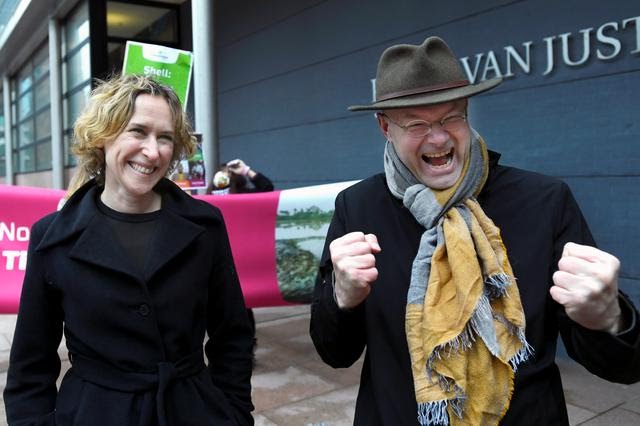 Channa Samkalden, lawyer of Nigerian farmers and Milieudefensie, and Donald Pols, Director of Milieudefensie, react as they leave a Dutch appeals court after the verdict in a case over oil major Shell’s responsibility for oil pollution in the Niger Delta, in the Hague, Netherlands January 29, 2021. 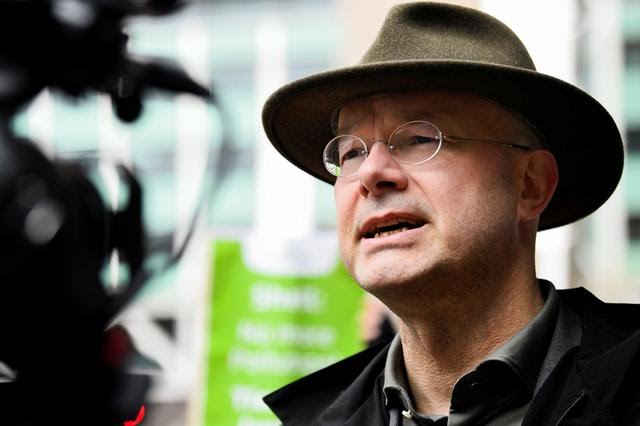 Donald Pols, Director of Milieudefensie, speaks as he leaves a Dutch appeals court after the verdict in a case over oil major Shell’s responsibility for oil pollution in the Niger Delta, in the Hague, Netherlands January 29, 2021. 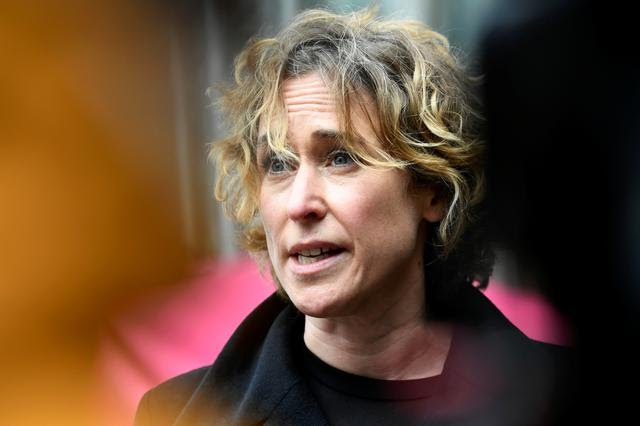 Channa Samkalden, lawyer of Nigerian farmers and Milieudefensie, speaks as she leaves a Dutch appeals court after the verdict in a case over oil major Shell’s responsibility for oil pollution in the Niger Delta, in the Hague, Netherlands January 29, 2021.

A Dutch appeals court on Friday held Royal Dutch Shell’s Nigerian subsidiary responsible for multiple oil pipeline leaks in the Niger Delta and ordered it to pay unspecified damages to farmers, in a victory for environmentalists.

The case was brought in 2008 by four farmers and environmental group Friends of the Earth, seeking reparations for lost income from contaminated land and waterways in the region, the heart of Nigeria’s oil industry.

Although only Shell subsidiary SPDC was found to be directly responsible, the Dutch ruling could open the door for more environmental cases against oil companies.

It also adds to Shell’s legal woes. In November, it lost a Nigerian high court case that could lead to $44 million in damages for spills.

In March, a Milan court is set to deliver a verdict in one of the oil industry’s biggest ever corruption trials in Italy, involving Italy’s Eni and Shell.

Friday’s decision went a step further than a 2013 ruling by a lower court, saying that Shell’s Nigerian subsidiary was responsible for multiple cases of oil pollution.

The appeals judge sided with the farmers in four of six spills covered by the lawsuit and postponed a verdict in the remaining cases, where the lower court had previously found SPDC responsible.

Shell said in a statement it continues to believe the spills were caused by sabotage.

“We are therefore disappointed that this court has made a different finding on the cause of these spills and in its finding that SPDC is liable.”

The appeals court said Shell had not proven “beyond reasonable doubt” that the oil spills had been caused by sabotage, rather than poor maintenance.

“This makes Shell Nigeria responsible for the damage caused by the leaks,” the court said.

Friends of the Earth said the ruling exceeded all expectations and marked the first time a multinational had been instructed by a Dutch court to uphold a duty of care for foreign operations.

The Dutch appeals court did not hold Shell’s parent company, Netherlands-based Royal Dutch Shell, directly responsible, but ordered it to install a leak detection system on the Oruma pipeline, the source of several spills in the case.

“This is fantastic news for the environment and people living in developing countries,” said Friends of the Earth’s Netherlands head Donald Pols. It creates legal grounds to “take on the multinationals who do them harm”.

Shell settled a similar case in a British court in 2015, agreeing to pay 70 million euros ($85 million) to members of the Niger Delta Bodo community.

The spills addressed by the court case occurred between 2004 and 2007, but pollution from leaking oil pipelines remains a major problem in the Niger Delta.