Skip to content
May 15, 2021
Published 30th January, 2021
Despite all the many relationship controversies that have surrounded billionaire Ned Nwoko, he hardly reacts on social media. But that changed during the week when he took to Instagram to celebrate one of his wives, Laila. 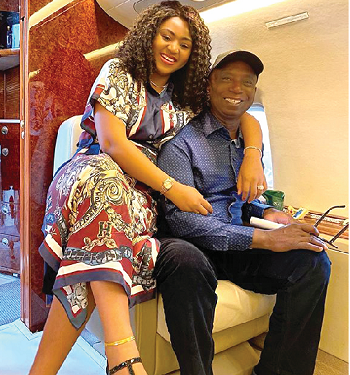 In the comment section, followers threw many sensitive questions at him and the former House of Representatives member was not shy to provide answers. At some point, it was hard to believe he was behind the handle.

Even when a Kenyan woman told Ned Nwoko to marry her (his age mate), instead of marrying young girls, he replied to her with a “Thank You.”

While Nwoko was still responding to questions, a follower said that “You always catch them young. So we have no chance because we are old?” He also replied: ‘There are many more out there. Work hard and be honest in all that you do. Success will always come”

Another user told him that “we want to see the other wives.’ He responded that “it is not everyone that wants to be in the public limelight. Anyone of them that decides to be subject to uncontrolled public inquisition is welcome to do so.”

Obviously, this is not the Nwoko people knew before he married Regina Daniels who constantly engages her fans. The only thing one can say here is that the young actress has not only won the politician’s heart, she has also influenced his lifestyle.

D’banj Gives Out Millions, Says His CREAM Empowerment Platform is for Employment Generation

Afenifere Tells Buhari to Restructure Nigeria Ahead of 2023 Poll